These Costal getaways have a wat of delivering serenity stat.

The National Oceanic and Atmospheric Administration puts the official tally for the U.S. shoreline at just over 95,000 miles, including Hawaii and Alaska. Covering a fraction of them, the following five sea stars span the coastal range of appeal from natural to cultural, laid-back to lively.

Key West is a fun, high-energy tropical island that offers a piece of the Caribbean in the U.S. with a quirky, small-town vibe. Explore the Florida Keys National Wildlife Refuges Nature Center, home to elfin Key deer. Experience beautiful “perfume” and butterfly gardens at the Key West Garden Club at West Martello Tower, a National Historic Site. Gather your family to hang out at the 28-acre Truman Waterfront Park with bike lanes, a children’s splash park, and a 500-seat amphitheater. Fancy a night on the town? Enjoy the Cocktail Crawl walking tour, fueled by signature local drinks such as the Hemingway daquiri, or take a mojito-making class at the Key West First Legal Rum Distillery. 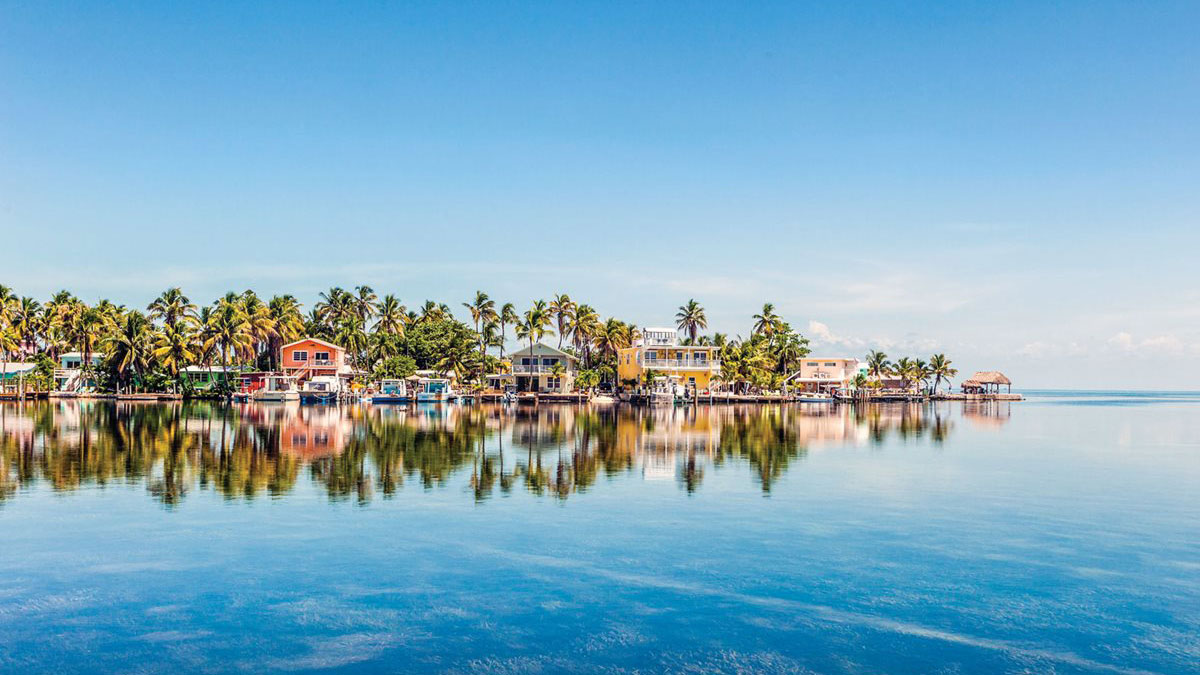 When Gilded Age magnates sought a summer escape, the Vanderbilts, Astors, and their cohorts chose Newport, a craggy spot with fresh breezes, a safe harbor, and dramatic views at the base of Aquidneck Island, building grand mansions that attest to the lavish tastes of the time. Newport is like the Hamptons of Rhode Island. Take a stroll along the Cliff Walk, which divides the Atlantic from the town’s titanic homes in a time-erasing 3-mile route. Go on tours of Newport’s various famous estates, then relax at The Breakers sunlit cafe. Order fresh-from-the-boat dishes at the new Stoneacre Brasserie, then toast the former “rum capital of the world” on the new Newport Cocktail Tour. 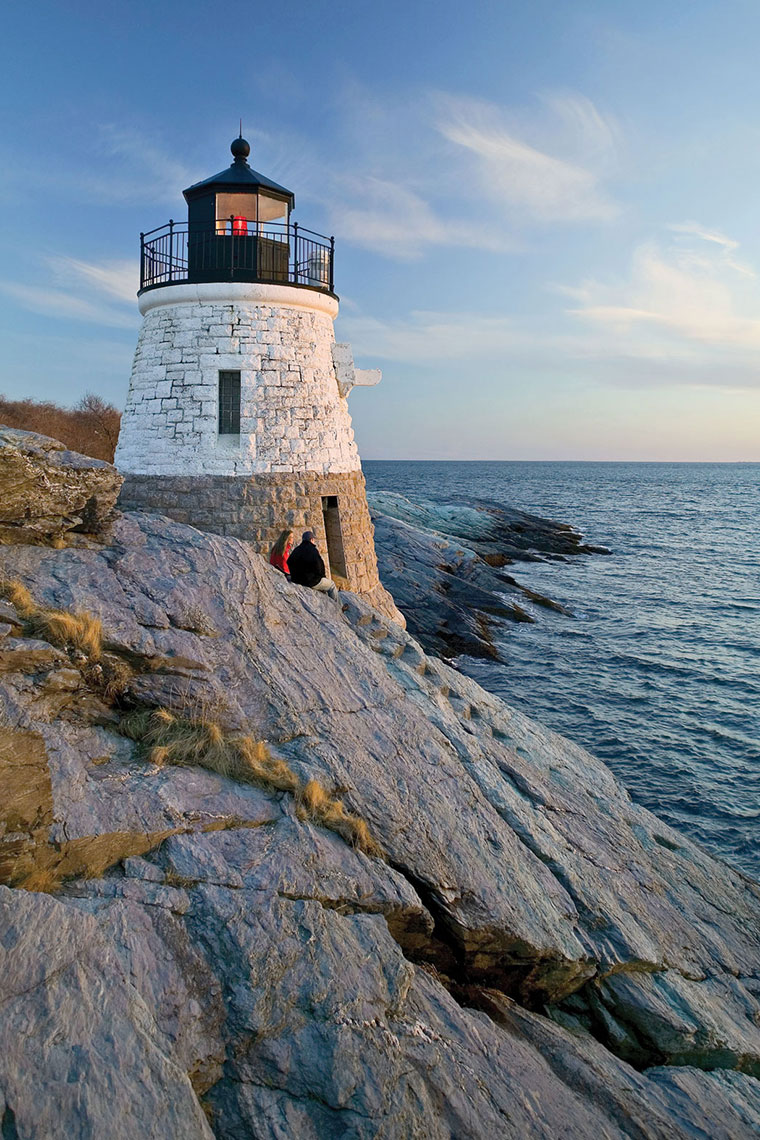 Santa Barbara has a great Spanish and Mediterranean feel settled between the Pacific and the Santa Ynez Mountains. The city’s terra-cotta roof tiles and whitewashed colonial architecture speak to its past, first as an eighteenth-century military outpost and mission, and later as a climate-blessed stage for silent American films. A gateway to the wine district of the Santa Ynez Valley, Santa Barbara has developed a strong reputation for food and wine. Enjoy locally grown, raised, and caught ingredients at Smithy Kitchen + Bar, or famous sea food at Bluewater Grill. Santa Barbara wouldn’t be the American Riviera without swimming, sunning, and surfing on East or Butterfly beaches. Its old-world traditions include Sunday matches at the Santa Barbara Polo & Racquet Club, May through October, to stomp the divots between chuckers. 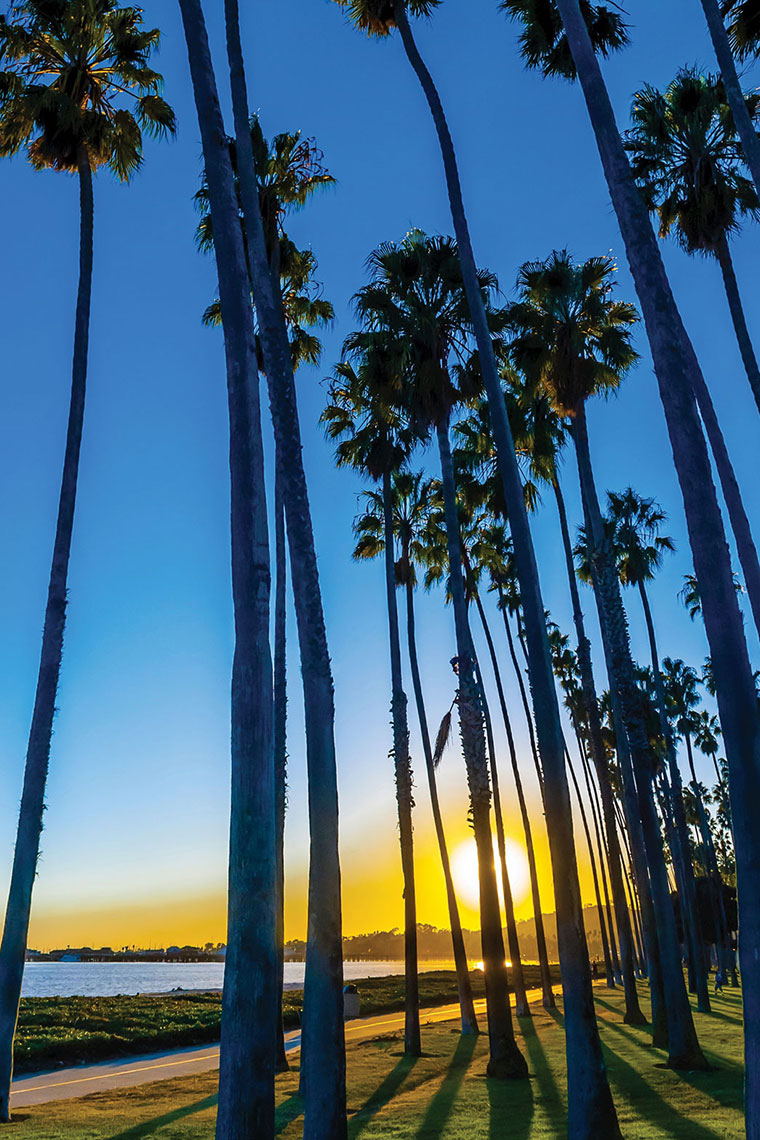 From Fort Clatsop, where Lewis and Clark spent the winter of 1805-06, to restored canneries and fur-trade wharfs, Astoria tells the story of westward expansion against a powerful backdrop where the Columbia River joins the Pacific. Today, galleries, shops, and small-batch breweries have revived Astoria’s historic waterfront. Learn how pilots navigate massive freighters over the Columbia River bar at the Columbia River Maritime Museum. Then visit the Museum of Whimsy, in a former 1924 bank now filled with vintage costumes and antique furniture. Among the dozen-plus breweries in the area, slug a pint of 3-Way IPA at Fort George Brewery + Public House or be sure to nab a spot on the riverfront deck at the Astoria Brewing Company and watch the freighters pass by. 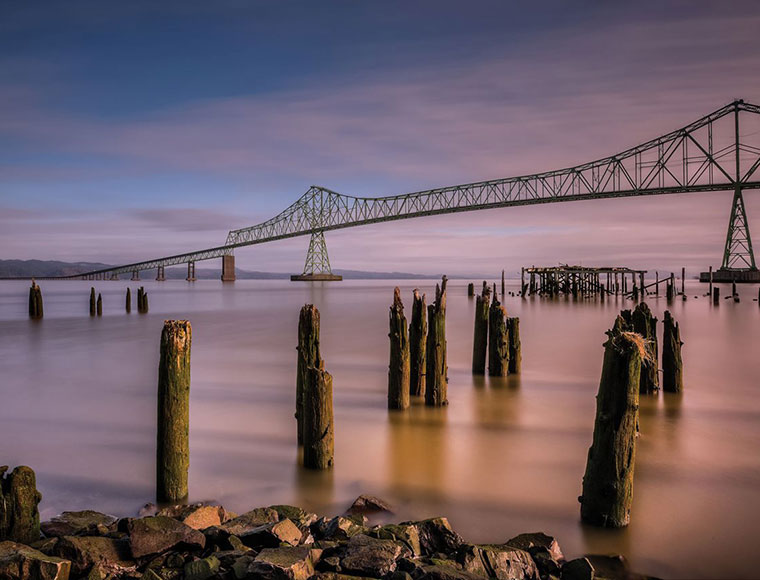 The Columbia River rolls on beneath the Astoria-Megler Bridge

If you’re looking for old Hawaii – the laid-back, underdeveloped, lush beach idyll where slack-key guitar hangs in the air and surfers tell time by the tides – look to Kauai, the oldest and northernmost island in the chain. And, more specifically, Hanalei, reached via a one-lane bridge on the North Shore. Travelers say visiting Hanalei is like taking a walk back in time. Go for a morning run on one of the town’s long white-sand beaches, then spend the afternoon shopping in local historic boutiques. Grab food at one of the shoreside food trucks that the surfers often frequent. Take surfing lessons at the Hanalei Surf School and a tour of the pristine Na Pali Coast by helicopter or catamaran. Kauai offers something for everyone. 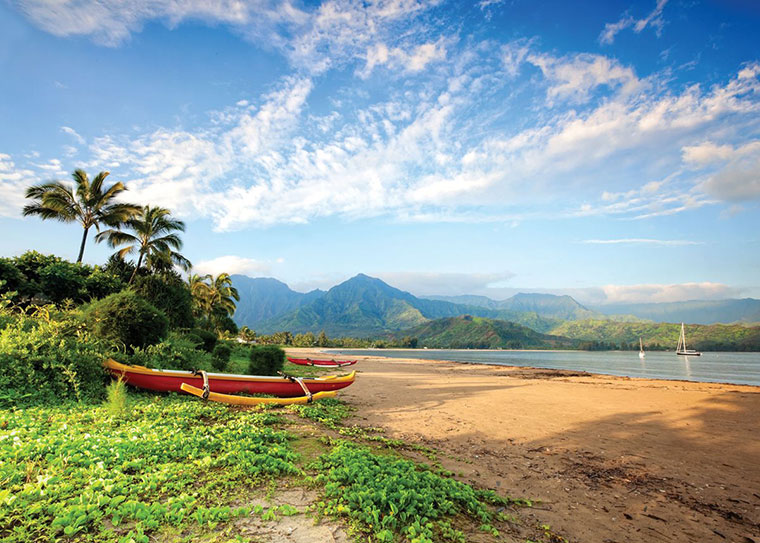